Planets form in cold discs of dust and gas around young stars like the sun. We know, however, that only a small fraction of the material in these protoplanetary discs ends up in planets; most of the disc is either accreted on to the star or blown away in winds or jets. My PhD and subsequent research investigated these processes in detail, and a comprehensive review of disc evolution and dispersal can be found in our review chapter in Protostars & Planets VI. More recently my research focus has shifted to understanding how protoplanetary disc physics shapes the formation of planetary systems. Recent highlights include ALMA observations and numerical simulations of gaps and rings in planet-forming discs (led by postdoc Giovanni Dipierro, shown on the upper right); breaking mean-motion resonances in multi-planet systems (with former PhD student Tom Hands); and investigating disc warps caused by misaligned planets (led by postdoc Bec Nealon; lower right).

From 2016-21 I am the Principal Investigator (PI) of Building planetary systems: linking architectures with formation (BuildingPlanS), a €1.95M project funded by the European Research Council (ERC). Understanding the extraordinary diversity of the "exoplanet zoo" has become one of the biggest challenges in modern astrophysics. The last decade has seen an explosion in our knowledge of planetary systems, but despite having discovered thousands of exoplanet systems, we still don't know how planets form, where planets form, or when planets form. BuildingPlanS aims to change this, by linking the observed architectures of exoplanet systems with their formation in protoplanetary discs. We are building detailed computational models to understand the processes that shape the formation and evolution of planetary systems, and testing this understanding against both new observations of planet-forming discs (with facilities such as ALMA and the VLT), and our ever-growing census of exoplanetary systems. 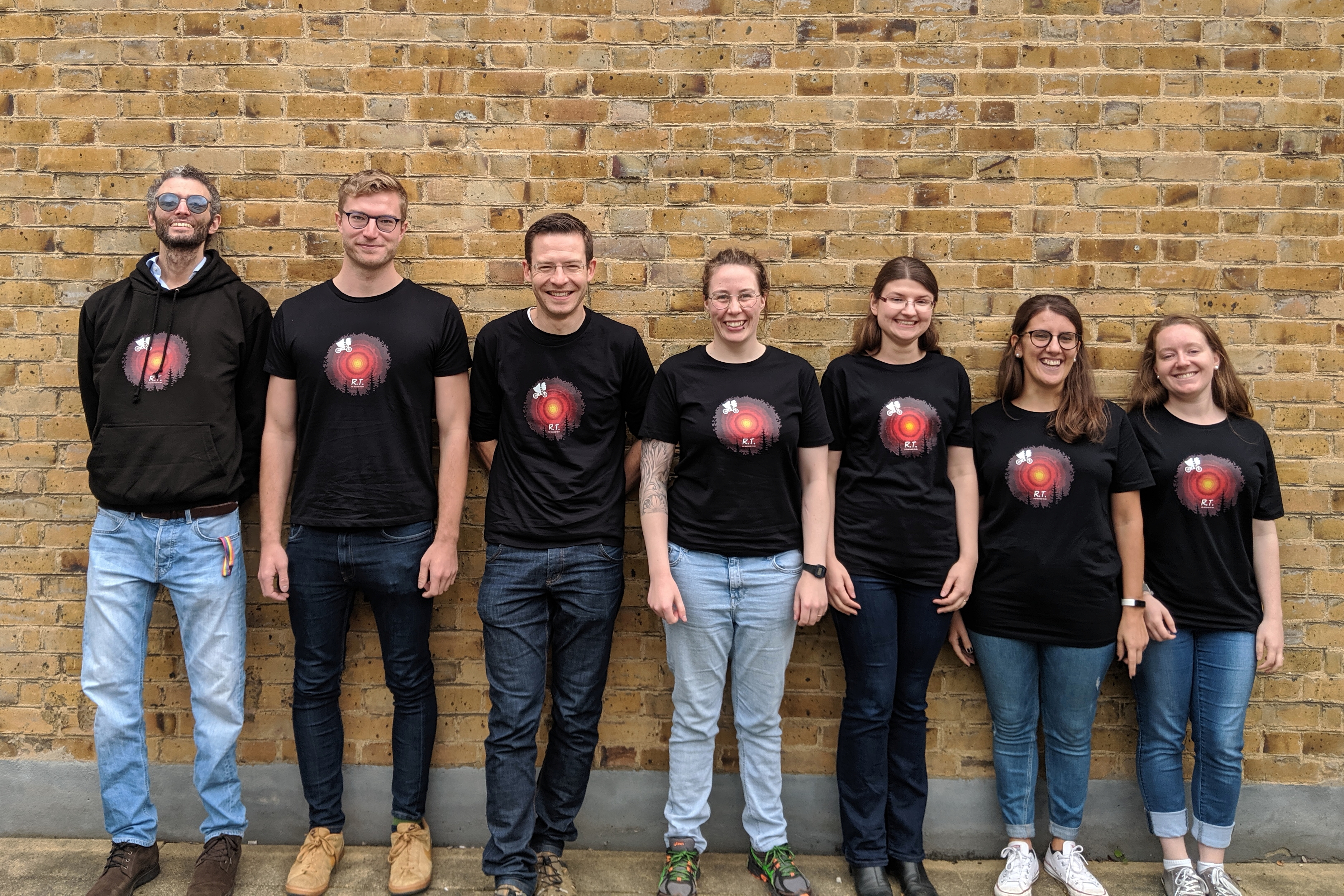 A key question in the evolution of SMBHs is how they accrete gas. Much of my research in this area has focused on Sgr A*, the SMBH at the centre of the Milky Way. I showed how the gas disc around Sgr A* broke up into stars (shown in the simulation to the left), and looked in detail at how those stars grew and interacted. With SURE summer student Sarah Smedley, I investigated the fate of the gas left over when the disc around Sgr A* formed stars. I've also investigated the long-standing puzzle of how pairs of SMBHs are driven together following the merger of two massive galaxies, and (with former PhD student Alex Dunhill) showed that misaligned or retrograde accretion discs offer an elegant solution to this so-called "last parsec problem".

To read more about specific projects, please go to my publications page.